Tim Fawcett is the Director of Corporate and Government Affairs for Cisco Systems Australia and New Zealand.

Tim brings to MAD a dedication to inclusion and diversity along with his corporate leadership and transformation skills and his love of technology.

Tim is also a Director of the Diversity Council Australia, and the Victorian Government’s start-up body, LaunchVic.  He is an advisory board member of the Melbourne Networked Society Institute at the University of Melbourne, a member of the Australian Institute of Company Directors and an Ambassador for the Snowdome Foundation.

Tim became part of the MAD Foundation family in 2004 and was elected Vice President in 2016 and co-leads MAD’s commercial and sponsorship engagements.

I first attended the MAD Ball in 2004 and immediately knew that this was an organisation that was directly improving the lives of their beneficiaries.  It has been rewarding to be part of MAD’s transition to a modern, fully integrated not-for-profit that has set challenging goals for helping more people who need support. 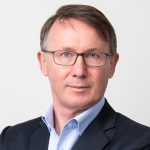 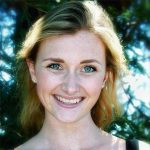